“Terrorists and those who support them are trying to plunge the country into darkness,” state media quoted Assad as telling the workers, “whether on the intellectual or social level or by depriving citizens of basic services, chiefly electricity.”

He praised Syria’s workers, saying they had “proven again during the war targeting our country that they will always be the country’s strength and that the attacks targeting infrastructure will not stop them from pursuing their national duty.”

Assad, whose government is battling a violent opposition now in its third year, rarely appears in public.

Electricity production has fallen by nearly half since the March 2011 beginning of the conflict in Syria because of insecurity on the country’s roads has led to shortages of the fuel that powers electricity plants. 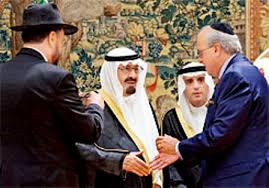 END_OF_DOCUMENT_TOKEN_TO_BE_REPLACED

MOSCOW- Kazakh President Nursultan Nazarbayev expressed rejection of any foreign intervention in Syria and the repetition of the Libyan scenario in the country.

In statements to Russian press in Moscow on Saturday, President Nazarbayev said that there was a complete interference in Libya’s internal affairs, and this can’t be repeated against any other independent country such as Syria. END_OF_DOCUMENT_TOKEN_TO_BE_REPLACED

In a press conference with his French counterpart in Moscow, Putin downplayed the importance of the British- French- German step manifested in setting draft resolution on Syria in the UN General Assembly. END_OF_DOCUMENT_TOKEN_TO_BE_REPLACED